We use cookies to give you the best possible experience on our site. By continuing to use the site you agree to our use of cookies.
Find out more

A top score for Parents in Sport Week 2019 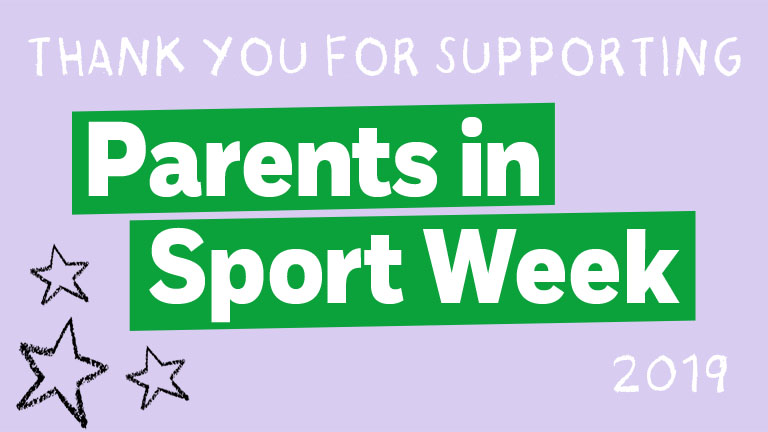 Parents in Sport Week 2019 has drawn to a close and we'd like to say a big thank you to the hundreds of parents that signed-up to make the Sports Parents Promise and supported this year's campaign.

Just because the week is over, it doesn't mean the conversation should stop. So please keep encouraging parents to get involved and make the Sports Parents Promise.

It's been another successful campaign with a huge number of sports clubs, organisations and activity providers from grassroots to large national bodies supporting the campaign and championing the involvement of parents. We've had a record number of people visit our website and engagement on social media during the week.

So from all of us at the CPSU, thank you for getting involved. We have loved hearing all about what you have done to support the campaign.

Highlights from the week

Sports stars backed the campaign by sharing their experiences of the role their parents played in encouraging their enjoyment of sport as children and how they have supported their own children.

During the week we heard from:

Safeguarding in sport podcast hosted by Andy Burns, Courtside Dad, discusses the benefits of creating a positive courtside culture with CPSU's Consultant Paul Stephenson in the latest episode of his Courtside series.

North Yorkshire Sport produced various videos with sports parents discussing how they've supported their children to take part in sport and the benefits of being involved in their child's sporting life.

Here are some of the best bits:

Make the Sports Parents Promise to your child and let them know you support their involvement in sport.

Download your certificate and show everyone on social media you've made the #sportsparents promise.

How can involving parents benefit my club?