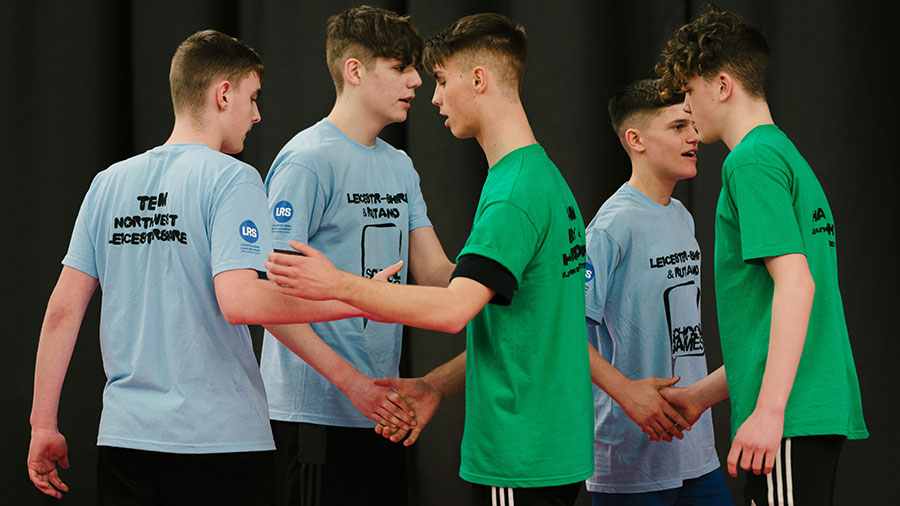 Every child has the right to experience sport in a safe environment, free from abuse and bullying.

As in most environments, bullying can and does happen in sport. Sports organisations play an important role in creating a positive club ethos that challenges it.

In a report about children's experiences of sport by the NSPCC (2011), children reported that while 2/3 of bullying behaviour occurred mainly between teammates and peers, 1/3 of those reporting it said coaches were involved, either directly by participating or indirectly by creating an ethos where such behaviour was condoned or not effectively dealt with.

These pages aim to help you ensure that everyone taking part in your sport respects each other and works together to stop bullying, whether it's in your sports setting our outside of it.

How common is bullying?

A study of school-aged children (2016) by the Department for Education found that:

The impact of bullying in sport

There are a number of different ways the emotional and sometimes physical harm associated with bullying can have an impact on a child’s enjoyment of sport and could prevent them from taking part. These can include:

In addition to the impact it has on individuals, retaliation and escalation of bullying behaviour is often also a risk and can draw other children in to the behaviour, impacting a whole team.

For children and young people

See Childline's Bullying pages for information and how to get help and support.

During 2020/21, our Childline counsellors delivered 6,654 sessions about bullying*. This makes it one of the top 3 concerns (alongside mental and emotional health, and family relationships).

Note: The terms 'child' and 'young person' describe any person under the age of 18. References to 'parents' should be read as parents and carers inclusively.

Bullying is behaviour that hurts someone else – such as name-calling, hitting, pushing, spreading rumours, threatening or undermining someone.

It can happen anywhere – in a club, at school, at home or online (cyberbullying). It’s usually repeated over a long period of time and can hurt a child both physically and emotionally. Bullying behaviour can often stay confined to ‘bullying hotspots’, which are locations in a school, club or venue that might be more secluded or have fewer witnesses, such as changing rooms.

Research has found that bullying between children and young people involves much more complex dynamics and roles than the traditional view of bullying where there is a 'victim' and a 'bully'. Watch this video made by the Anti-Bullying Alliance for more information about the dynamics of bullying as a group behaviour.

Bullying can take many forms including:

Children and young people with disabilities are particularly vulnerable to bullying behaviour for a variety of reasons. Recent research suggests that they are twice as likely* as other children to experience persistent bullying.

These added risks for deaf or disabled children can include:

If your sport is accessible to all, disabled young children could be more vulnerable than if participating in a disability sport, so it's important to consider creating a positive and accepting environment for all players.

Racist bullying is a form of bullying behaviour which focusses on race, ethnicity, or culture. This can include racist jokes (jokes about someone’s colour, nationality, race, or culture) or it can be calling a person offensive names, physical or verbal attacks or engaging in micro-aggressions.

While children from Black, Asian and minoritised ethnic communities are not more likely to be bullied than other groups, the nature of the bulling can extend beyond the individual to impact the wider community. Groups more likely to be racially bullied are Gypsy, Roma, and Traveller, asylum seeker, refugee and mixed-race children and young people.

Racist bullying is often seen in the sporting world and in some cases has been widely reported on by the media. Some high-profile individuals such as Marcus Rashford MBE, Lewis Hamilton and Priyanaz Chatterji have all spoken out about experiencing various forms of racism in relation to their sport.

In 2019/20 Childline delivered 547 counselling sessions where racist bullying, racism or being bullied for spiritual, cultural or religious reason were mentioned.

Find out more about racist bullying on the Anti-Bullying alliance website.

Nearly half (45%) of lesbian, gay, bisexual and trans (LGBT) young people reported being bullied for being LGBT at school according to a recent report by Stonewall.

Homophobic and biphobic bullying is where people are discriminated against and treated unfairly by other people because they are lesbian, gay or bisexual or are perceived to be such.

Transphobic bullying is where people are discriminated against because their gender identity doesn't align with the sex they were assigned at birth or perhaps because they do not conform to stereotypical gender roles or 'norms'.

Sometimes athletes witness homophobic or transphobic bullying but may be reluctant to report it in case the participants, coaches or other adults assume they are also homosexual, bisexual or trans, even if this isn't the case.

We've produced a briefing paper on homophobic bullying in youth sport, which offers guidance on how to support LGBT young people who have been subject to bullying of this kind.

Cyberbullying is a form of bullying behaviour that takes place on social media, in online games and through mobile phones. Cyberbullying can have just as much of an impact on children and young people as more direct, face-to-face bullying and is often harder to escape in the 24-hour online world.

During the coronavirus pandemic, the reduced social contact acted as a respite from bullying for some children. However, for many, the bullying moved online, with Childline counselling sessions about online bullying increased by 25% compared to the year before*.

Some of these online behaviours include:

For more information, take a look at the NSPCC pages on bullying and cyberbullying.

Body image can be a risk factor in the development of eating disorders, sometimes stemming from throwaway comments from peers or coaches about a person’s size or body shape. Children who struggle with how they see and accept their bodies may be particularly vulnerable to comments, jokes and humiliation about their body.

Some children may be taking part in sport as an approach to combating weight issues or eating disorders. Bullying can disrupt or even stop their participation, slowing their journey to a healthier lifestyle and enjoyment of physical activity. Such disruption can have a lasting affect into adulthood and prevent children from living an active, healthy lifestyle as adults too.

More information about body image and bullying and be found on the BEAT website.

This briefing provides a definition of homophobic and transphobic bullying, statistics and recommendations for how to prevent and respond to incidents.

In this podcast mini series, we'll talk with Dr Carolyn Plateau we'll be talking about disordered eating and eating disorders in sport.

View
How sports can address bullying

How to address and report bullying

Sports clubs and organisations should create a culture that makes it clear to children and young people that bullying behaviour will not be tolerated, and that if someone is experiencing bullying they should tell an adult immediately. Let children know that if they report bullying they will be taken seriously and it will be acted upon.

There are a number of policies and procedures that your club should have in place to address bullying, both in terms of prevention and response. These include:

Policies should be regularly reviewed and updated. They should be read and understood by all members of staff and volunteers so that they’re aware of the action to take if a child is experiencing bullying behaviour.

How sports clubs can provide support

Actions to help the young person experiencing bullying behaviour and to prevent bullying in sport include:

Talk with the young person displaying bullying behaviour and explain the situation. You can try to get them to understand the consequences of their behaviour through a restorative approach by:

There are some questions you might want to ask the young people in order to enable them to recognise their feelings and behaviour and choose a way forward:

Other actions to consider:

You can encourage a shift in behaviour by developing a sense of shared concern for anyone who is experiencing bullying behaviour. It can help to be open with the whole team or club about their feelings about bullying behaviour, and to also revisit your codes of conduct and anti-bullying policy in an appropriate way.

Most 'low level' bullying incidents will be dealt with at the time by coaches and volunteers informally but parents should still be informed.

However, if it persists despite efforts to deal with it, incidents should be referred to the designated welfare or safeguarding officer.

If bullying is severe – such as a serious assault – then statutory agencies may need to be contacted.

See our anti-bullying guide for more information and advice on how to help create a safe environment for every child.

Our bullying incident report form can be used as a template for your own form to ensure you record everything necessary.

Here are links to a variety of resources to combat bullying, whether it occurs within sport or off the playing field.

Other useful resources and websites

'Keeping your child safe in sport' is a short, free e-learning course that can help parents understand how to be part of the bigger safeguarding picture in sport.

Get the course details